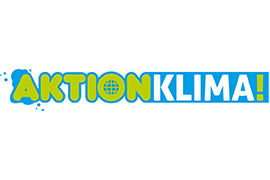 For a good climate in schools

Children and young people spend a lot of their time in school, and the experiences they have their shape their values, attitudes and behaviours. For this reason, it makes sense to give climate action a prominent place in all aspects of school life.

In practice, most schools are under enormous pressure to comply with strict curricula, implement reforms or respond to demanding parents. Free time is a luxury. In such an environment, on-the-ground support and mindful dialogue is needed to get children and teenagers involved in climate action. ‘Aktion Klima!’ of the non-profit association BildungsCent e.V. delivered both. Over 2,200 schools with motivated faculty and student bodies got involved in climate action campaigns and achieved a lot with many smaller actions. The basis for the project’s success were carefully thought-out, targeted information materials and toolkits as well as a lively exchange with and among the participating schools.

Schools as a key target

Schools are important partners in climate action insofar as they are places where children are taught not only knowledge but also values and principles for action. In addition, the operation and maintenance of the school buildings, which, often old, consume a lot of heat and electricity, offer an ideal setting for gaining hands-on experience with regard to reducing carbon emissions. Indeed, the conscious use of heating and electrical appliances in schools can make a significant contribution to emissions reductions. Thus, while schools teach children about climate and energy in class, in the context of various subjects, they can also – albeit depending strongly on the commitment of individual teachers – impart the practical relevance of these topics to children. Why look elsewhere when a perfectly valid testing ground is right at hand?

The 'Aktion Klima!' project team designed easy-to- implement action modules and didactic materials for the schools. The modules, which each school could combine to suit its individual needs, helped to integrate content concerning climate change into school curricula as well as school life and to thereby contribute, albeit indirectly, to carbon emissions reductions. In addition to their content, the modules also aimed at introducing new ways of learning. In fact, a key priority of the project was to communicate and engage with the pupils with a mindful and motivating approach.

Support in promoting the cause

In order to reach as many schools as possible, the project sought and obtained support. The publishing house Zeitbild Verlag, for example, contributed its expertise in the design of educational and commu­nication materials for schools and also organised the opening event and other activities. The Federal Ministry for the Environment, Nature Conser­vation and Nuclear Safety (BMU), the non-profit consul­tan­cy co2online and the independent research institute Unabhängiges Institut für Umweltfragen (UfU) assisted the project team with publicity work. The UfU and the Institut für Energie- und Um­welt­forschung Heidelberg (ifeu), an independent research institute, were also available to answer targeted questions.

'Aktion Klima!' was officially launched on World Climate Day, 8 December 2008, whereby it benefitted from the public relations exposure of this major event. About 25,000 schools received mail with information brochures and application forms. As of January 2009, schools were also given the opportunity to apply online. For this, they were to explain in as much detail as possible which activities they envisioned under­taking in the context of Aktion Klima! The project website featured a two-minute video clip illustrating the objectives and course of action of the project.

A wide range of offers …

In order to raise awareness among students of the importance and urgency of climate action, Aktion Klima! developed a number of information- and practice-oriented offers that have since been, in the course of the project, adapted to the experiences, conditions and capacities of the individual schools.

Instead of the ‘Energiesparkoffer’ the project team designed a so-called climate box (‘KlimaKiste’) for secondary schools with a variant for primary schools prior to the start of the project. The boxes contained devices for measu­ring electrical current, temperature, brightness, the CO2 content in the air, and water flow rates. These tools and the accompanying information allowed the pupils to learn about climate action and climate change in a simple way. The box also included posters, stickers and pins for promotion purposes. Following feedback from primary schools, the box variant was modified to contain less technical and more practical content. This ‘school garden box' then contained one tree, two shrubs and 15 indigenous plants as well as instructions for planting and nursing them. A total number of 580 school garden boxes were sent out.

Aktion Klima! also involved the creation and disse­mination of additional media. These included a climate book with fascinating reports from ten participating schools as well as five different editions of a climate newspaper with a circulation between 5,000 and 16,000 copies. In addition, a climate hand­book summarised how to best ensure the continuation of the action. The project also published guidelines on communication and event management to support the schools in communicating and making their imple­mented projects visible inside and outside the school.

Schoolchildren from class 6c at Berlin’s Jeanne-Narez School made seven fun and appealing short films pre­senting the use of the climate box. These explained the handling of the measuring instruments as well as ways to save on electricity and water.

In order to enable participating schools to realise the potential emissions savings, 1,000 schools were able to apply for grants of up to 500 euros for concrete pro­jects on their school premises. The project team exten­ded the deadline for the implementation and use of the grants, as many schools needed more time than origi­nally planned. At the same time, due to the high demand, the project duration was prolonged and the volume increased.

In order to embed the offers of Aktion Klima! in every­day school life and to help with the use of the grants, the project team was constantly in contact with the schools. This also helped to adapt the offers to the needs of the target group.

A survey conducted among the teachers during the course of the project gave near-simultaneous insight into how the project was being perceived and assessed by them. The results revea­led that 30 percent of all respondents had not previously dealt with climate topics.

Into the second round with prominent advocates

In February 2010, the project team announced the second round of Aktion Klima! for all participating schools. A highlight of this round was that members of the Bundestag were asked, via a letter from the German Federal Environment Minister, to personally hand over a climate box to a participating school in their electoral district. The request was taken up by 170 members of the Bundestag, which of course drew ample media coverage for the action. Member of the Bundestag Burkhard Lischka, for example, handed over the climate box to students from Calbe, who used the tools for doing experiments in selected classes, in particular their physics class, as well as in an extracurricular environmental group.

Knowledge exchange between the schools was an important project goal: By May 2012, some 960 schools had posted their projects on the online documentation centre, which was also accessible to the schools that had not managed to apply for and join 'Aktion Klima!' on time. Through this route, everyone was able to be inspired by and learn from the climate box and exchange with one another.

A total of 4,012 primary and secondary schools applied for participation, of which 2,285 ended up participat­ing. Each of the participating schools received their own climate box, and 1,300 of them received grants. The schools were spread evenly across Germany’s federal states. Many of them have continued to plan climate action measures on their own since 'Aktion Klima!' ended.

Through knowledge and action, Aktion Klima! showed students as well as teachers that they can make a difference and that there are things they can do to protect the climate. Although these results are less quantifiable, we can assume that the overall effect is positive. In addition, the grants were used to implement concrete carbon reduction measures that effectively avoided CO2 emissions, even if these were not measured or captured as part of the project.

The experience of the project is valuable for all institutions that want to engage young people or schools. Given the great diversity of institutions out there, actions of this type must be able to provide a differentiated range of offers from which the interested parties can choose from.

Through surveys and the sending of motivational materials, the project team remained in regular contact with the schools as well as with the pupils. This helped to maintain and promote the enthusiasm of all parties involved.

Recognition through certificates and presentations

Recognition for commitment is crucial for the motiva­tion of young people. Aktion Klima! gave participants this recognition by, among other things, allowing them to present their activities in the climate book. All pupils also received a personalised participation certificate.

During the course of the project it became clear that some of the activities could not be implemented as planned. In one case, for example, a tree planting action had to be called off. Or, the primary school variant of the climate box turned out to be too techni­cal for children of that age and had to be transformed into the school garden box. In both cases, the project adapted and let go of its initial plans – early on. Flexibi­lity thus calls for two things: the capacity to change gears when needed regarding the content, and the associated rebudgeting of funds.

Visibility thanks to prominent multipliers

The involvement of members of the Bundestag for the handing over of the climate boxes gave the project a considerable boost in terms of media coverage, which in turn motivated the pupils even more.

Suggestions for the spread of results beyond schools

To consolidate the learnings and to promote public awareness, suggestions for presenting the project results in the public realm are helpful. To this end, the project team developed guidelines for communicating and dealing with the media. These guidelines were designed to be of use in the immediate term for this project as well as for similar projects to come.